After fleeing the revolution and settling into the craggy cliffs of New Pythos, the Dragonlords are eager to punish their usurpers--and reclaim their city. Their first order of business was destroying the Callipolan food supply. Now they're coming for the Dragonriders. Annie is Callipolis's new Firstrider, and while her goal has always been to protect the people, being the government's enforcer has turned her into public enemy number one. Lee struggles to find his place after killing kin to prove himself to a leader who betrayed him. He can support Annie and the other Guardians . . . or join the radicals who look to topple the new regime. Griff, a lowborn dragonrider who serves New Pythos, knows he has no future. And now that Julia, the Firstrider who had protected him, is dead, he is called on to sacrifice everything for the lords that oppress his people--or to forge a new path with the Callipolan Firstrider seeking his help. With famine tearing Callipolis apart and the Pythians determined to take back what they lost, it will be up to Annie, Lee, and Griff to decide what to fight for--and who to love. 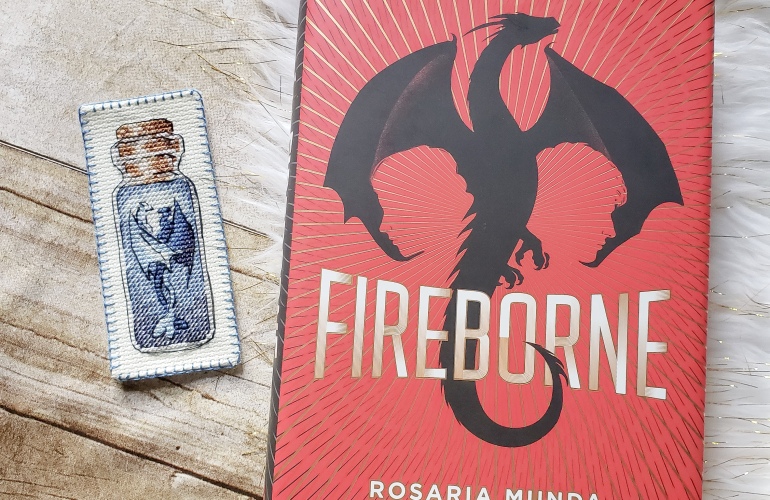 After the ruling family is killed for their crimes, one child remains hidden. In the new government that has been created, any mentions of the previous way of life must be discouraged, so Lee must fight to keep his past hidden, even when the actions of his family have hurt the lives of the people he now cares the most about.

I keep all of my reviews spoiler free, but I will occasionally include a visibly marked spoilers section at the bottom of reviews.

I include these content warnings & more on my reviews.

💜💜💜 Had some issues, but had some redeemable qualities

i think the mask falling has been my favorite in this series so far!! i get a little confused about all the different characters, especially with all the french names, but man, this book was a punch in the gut 😭😭😭 i was (and honestly still am) in TURMOIL about the ending of this book lol i NEED the next one, but i know it'll be a wait
these have all been my 5☆ reads so far this year! i thought i had more, but i guess not 🤔 i know i definitely give out 5☆ more than a lot of people, but it still doesn't feel like that many 😂
bwfore now, i've never bought a book that i couldn't actually read...but i HAD to get these japanese editions of green rider! they are so cute!! i love the style and all the details drawn from the story. it even includes a map, which i think is cool because there wasn't a map included in the US editions until the latest book
i was pleasantly surprised by again but better when iread it a couple of years ago, so i was looking forward to better together...but oh man, this book was rough. it follows two sisters, and i liked one of them well enough, but the other was just so chaotic and gave me so much second hand embarrassment that she overshadowed the character i did like. it felt like the end of this book was where i wanted it to start, so the whole book felt like unnecessary lead up. again but better was cringey in a nostalgic way, but this was just cringey. i do like that both books feature characters in their late teens/early 20s, but better together was a hard pass for me
i try to limit how much depressing historical fiction i read because that is the one genre that is sure to get me down 😂 though i will be reading this one soon, i'll have to make sure i pick it up at a time when i'm not already feeling down
happy may! so these are ALL of the unread books i own (high king's tomb is a reread)....it is unrealistic to say i want to get to all of these in may, but i want to get to MOST of them. my goal is to not buy any more books until i finish all of these, so it looks like early june will be when i can do that 😂